In 2015, Scotland hosted the prestigious Turner Prize exhibition for the first time.

The Turner Prize, organised by Tate, is awarded to a British artist under the age of 50 for an outstanding exhibition in the preceding year. The Turner Prize introduces us to new artists and new ideas in contemporary art.

We took this opportunity to organize a visit to Tramway in Glasgow view the exhibition. We were joined by 26 young people and teachers from Lochaber High School and Ardnamurchan High School. This excursion was supported by Highland Youth Arts Hub, as part of our new venture in working more closely with the local high schools.

At Tramway, we had the chance to examine the work of the four nominees up close, and took part in a workshop to explore the processes behind creating a prize-winning contemporary artwork.

We watched a series of performances of ‘Doug’ by Janice Kerbel. The work takes the form of nine songs for six voices and calls on the history of physical comedy, animated cartoons, narrative ballad and operatic librettos.

Pupils who studied Advanced Higher music immediately related to the use of operatic techniques and the artists concept of applying them in her opera. The songs were imagined disasters of a character called Doug. One pupil recognised the use of glissando (is a glide from one pitch to another) and pitch inversions in performance ‘slip’.

On our tour, we were prompted to discuss how we felt inside Nicole Wermer’s installation ‘Infrastruktur’, consider the use of materials, and how the arrangement of the objects related to the artist’s message in her work.

We completed Turner Prize educational worksheets as part of our tour, besides which each person in our group filled their own custom made sketchbooks. These were created by Room 13 Artist in Residence Audrey O’Brien and filled with questions and prompts on visual literacy.

After our tour, we returned to the studio where there were four activities to help us further explore the four artists. We were really keen to hear how each of the young artists responded personally to the exhibition. 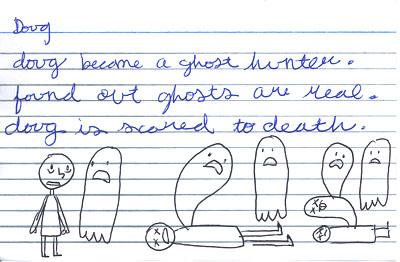 Post trip, Lochaber High School art teacher Miss Blair along with an advanced higher pupil, wanted to put the trip into context and allow pupils who did not attend the trip to be involved in the Turner Prize debate. They organised a re-creation of the four activities and hosted a debate at lunchtime on 7th December (the day the Turner Prize winner was to be announced).

They used a long piece of string to represent a scale by which to measure the pupils responses to the question: Is it art?

The majority of the pupils at the debate said yes because:

“Their work is original and they think of it themselves” and “It takes time and effort to do the art pieces”.

They also created a survey monkey poll for the school to hold their own vote on who should win. The majority voted Assemble. Later that evening, the judges of the Turner Prize came to the same conclusion as Lochaber High School.