Who can we trust to stand up for the young people and artists who run the studios in the Room 13 network on their own initiative? Who will believe in us and trust us enough to stand up for and defend our activities as their own in the eyes of the law?

Work is in progress to set up an improved, more dynamic governance structure for Room 13 International. This will include formation of an International Steering Group which will take a strategic approach to assisting with the development of Local Steering Groups for Room 13 in locations where a cluster of studios is forming.  Local steering groups will work with artists and studio management teams in their area to develop an appropriate local business model to support studio clusters and more actively involve local supporters.

Under the leadership of our current Chairman, Room 13 International is in the process of recruiting individuals with a range of skills and expertise to serve on our Board of Trustees. 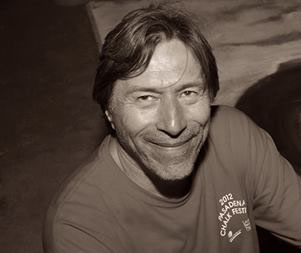 Photo credit: Brian Biery, photographer for the book Power of One – Pasadenans Shaping Our Community (2003), written by Traude Gomez.

Tom Coston is a founder and President of Light Bringer Project, a non-profit, Pasadena-based arts organization with a mission “to build community through the power of the arts and education.” Under Tom’s leadership, Light Bringer Project grew to become an active producer of visual, performing and literary arts programs that highlighted creative voices from all sectors of the community. Throughout the 1990s, the organisation also became known as a producer of major public art events, including the Pasadena Chalk Festival, the world’s largest street painting festival, and the ever popular Pasadena Doo Dah Parade.

In 1997, Light Bringer Project turned its attention to the pressing need for arts education in the schools. After examining the kind of role the organisation could play in support of public education, Tom and his colleagues developed a number of diverse programs, which they delivered in partnership with other organisations. This led to the formation of fruitful collaborations between the arts, education, not-for-profit and business sector.

In summer of 2008, Tom joined colleagues and friends in at Room 13 International Summer School in Scotland. As a committed community activist and advocate for creativity, arts and education, Tom was convinced that Room 13 would compliment and enhance the work of Light Bringer Project. Since that time, Room 13 has blossomed in Pasadena, and Lightbringer has become a key facilitator for the Room 13 network within the United States.

As a trustee to Room 13 International, Tom brings unparalleled energy and specific expertise in organisational development, communications and marketing. 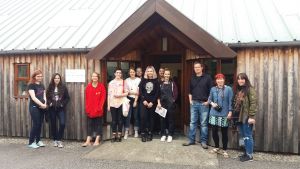 Andrew Sinclair is a notable Scottish figurative painter and gallery owner based in the remote West Highlands of Scotland.  After gaining a BA (Hons) in Fine Art (drawing and painting) from Duncan of Jordanstone, Andrew  has been receiving much recognition for his style of painting, exhibiting across the UK and generating an impressive following, which include the likes of TRH Duchess and Duke of Rothesay.

Andrew gathers inspiration for his paintings from the wide variety of cultures and characters he encounters both locally and abroad. Some of his work depicts his time spent in the Middle East and Africa but much of his work portrays the evanescence of West Highland community.

In 2004, Andrew founded Resipole Studios at his remote home on the Ardnamurchan peninsula on Scotland’s west coast.  Having recognised the lack of resources and support available to artists living in his home area, Andrew put into operation a two year restoration project, converting an old byre into a multi-functional art space. Since its launch, Resipole Studios has received much acclaim and won a number of awards including the Creative Industries Sector Award and a 4 star arts venue rating from Visit Scotland.

The gallery offers a varied programme of multi-disciplinary shows and exhibitions and has helped to sustain the area’s vibrant art community, giving local artists access to quality resources and the opportunity to exhibit their work.

Andrew is a passionate advocate for the social and economic value of arts provision, especially in remote communities.  He devotes much time and resources to supporting opportunities for young artists, and has served as a Trustee to Room 13 International since 2013.