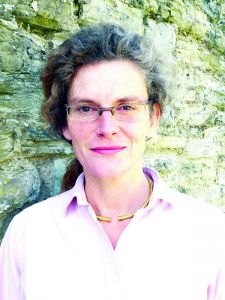 Fiona has a worldwide position in the advertising and communications network TBWA where she has been for 15 years. As ‘Head of Disruption’ Fiona is responsible for her company’s strategic approach to problem-solving. She was first introduced to Room 13 in 2004 by her colleague Rod Wright, and has since been constantly attentive and engaged in the development of Room 13 International.

Through her role in the TBWA Worldwide network, Fiona is involved in helping grow the international network of Room 13 studios, championing the values and ethos of Room 13 International widely within the company.

“When Rod Wright and I first met with the children at Room 13 Caol we described our Disruption process to them.  Those children said they saw themselves as disruptors, too.  And the eight-year-old Managing Director summed up the conversation by commenting, ‘TBWA\ is really just Room 13 for adults, isn’t it?’

We like to say that TBWA\ and Room 13 are ‘good friends.’  Our overarching goal has been to facilitate the expansion of Room 13 across the world – to help build the global network of self-sustaining studios, which could teach creativity and working skills to children who otherwise had little hope and few prospects.”

Adventures of Curiosity and Wonder: the Dundry Slopes >>