TBWA Worldwide President Emmanuel Andre explains why TBWA values the transformative power of ideas and creativity and backs Room 13 International as part of their mission to provide a creative outlet for under-privileged children in some of the world’s most disadvantaged communities.

“Talent and ability are evenly distributed across the human race, but opportunity is not. It’s our role and our future to detect, invest and promote the talent the world is providing.”

In October, a team of volunteers from across the TBWA collective participated in SIYEZA (meaning “we are coming” in isiZulu), a five-day photo-adventure across South Africa.

TBWA teams, led by Emmanuel Andre, visited five different Room 13 studios in the South African townships to teach photography skills to Room 13 students. In addition to his “day job,” Andre is an accomplished photographer whose portraits have been published and featured in galleries around the world.

The sessions aimed to unlock the talents of young people by giving them a rare opportunity to learn photography skills and explore their own creative intuitions.

The resulting exhibition includes photographs featuring the young people who participated in the SIYEZA project. Sales of prints and merchandise will raise funds to support the Room 13 studios in South Africa.

Inspired?  Donate to Room 13 International to help us support the growth of creativity worldwide.

An opportunity for artists of any age looking for new ideas or inspiration. Work along side professional Room 13 artists and soak up the unique creative atmosphere in our open studio. This is a free event at Room 13 Community studio, Caol Youth Centre. 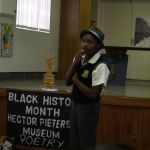 Ubuntu is a creative and ambitious fundraising enterprise organised by photographer Emmanuel Andre and film producer Stephanie Wang. These two professionals worked with the South African Room 13 studios to produce an exhibition, book and documentary film. Afterwards, the Ubuntu exhibition travelled the world, promoting Room 13 and generating a tidal wave of enthusiasm and support for Room 13 International.